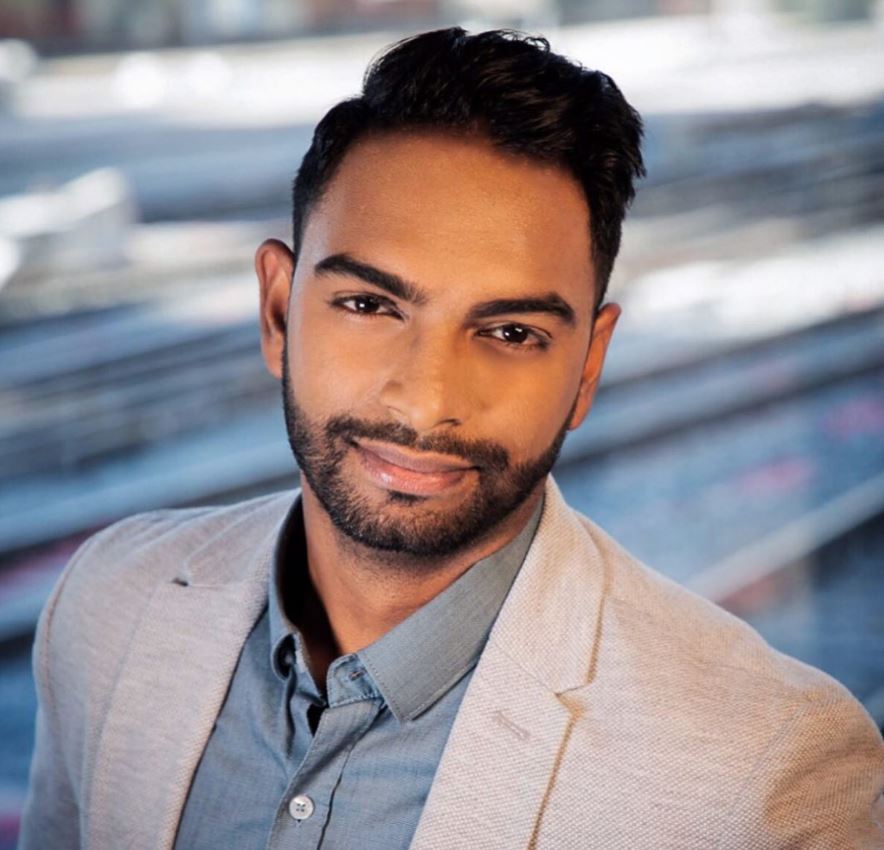 For as long as I can remember, I’ve always had a fascination for television, more specifically, the news. As a toddler, I would watch tv with my parents would often wonder how those faces appeared before me inside fit into that a giant box (yes, I was the kid who thought people lived inside the TV till the age of 4). As I grew older, I developed a better understanding of the industry, which only fuelled my desire to become a face on TV. 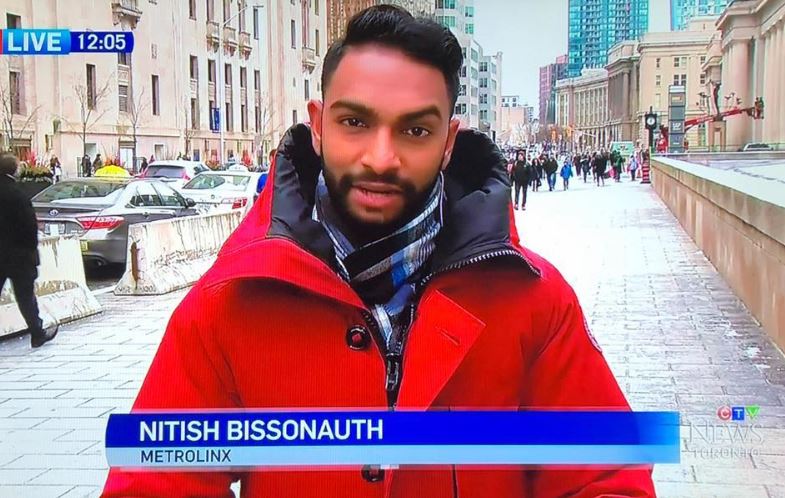 Interestingly, the pivotal moment when I realized that I have to pursue a career in broadcast journalism was when I saw coverage of the Tsunami that rippled through the Indian Ocean on Boxing Day in 2004. The coverage gave me a renewed perspective and appreciation for reporters and international correspondents. It was then that I realized that they’re not just pretty faces on TV – they are courageous and resourceful individuals who serve as the eyes and ears of the world. Even more so, they are storytellers, and through visuals and narrative, they keep the public informed and in many cases, help them move towards change.

LEARNING THE ROPES THROUGH EXPERIENCE

I went to the Ryerson School of Journalism where I not only learned about the importance of producing good journalism but, more importantly, how it can impact people’s lives. I was determined to tell stories that mattered and that could make a difference.

After I graduated, I moved out West where I honed my craft at CTV Saskatoon and the French CBC in Edmonton. Of course, it wasn’t easy – I made a lot of sacrifices and struggled quite a bit. I was young, living on my own in a new environment. I had to grow up fast to cope with the demands and pressures of the job. There were times when I wanted to pack my bags and quit but I was determined to persevere because I wasn’t just doing this for me or my family – I was doing this to make a difference and also to show that minorities can have a place and a voice in what is otherwise a very challenging and difficult industry to make it in.

I eventually managed to find my way home when I got a job at the Weather Network. After a 2-year stint working on their morning show (translation: storm-chasing), I landed my dream job at CityTV, the station I grew up watching, becoming the first Canadian-Indo-Mauritian TV personality to work for a major news outlet in Toronto.

FINDING MY PLACE AND MAKING A MARK

After 5 years of telling interesting stories, covering memorable events and meeting some incredible individuals, I decided to switch things up and become a Bilingual Spokesperson and Media Relations Specialist at Ontario transit agency, Metrolinx.

Now, instead of asking a question on camera, I answer them. It’s a different challenge altogether and although I’m not on TV as often as before, I can still help keep people informed with the latest developments when it comes to transit and their commute.

And the rest, as they say, is history.

So let’s dive right into the burning questions we have to get to know our guest of hour better.

WHAT FUTURE PROJECTS CAN WE EXPECT FROM YOU? 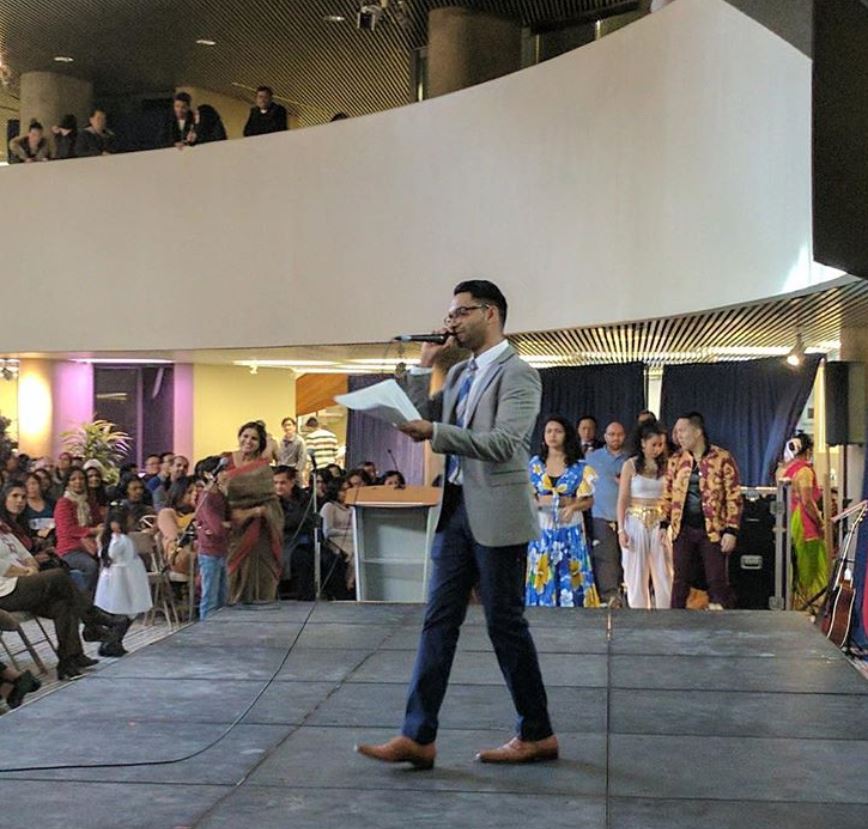 Many people don’t know this but before I was a TV reporter, I was a part-time actor and I also emcee events on the side. My goal this year is to really get back into acting and continue to book gigs – in fact, I’ll be entertaining at two destination weddings toward the end of this year.

WHAT DO YOU DO ON YOUR SPARE TIME? HOW DO YOU BALANCE IT WITH YOUR PROFESSIONAL LIFE?

I like to keep myself busy and so I don’t often have spare time. When I do get a moment to myself, I like to spend it on self-care – I believe it’s important to have a balance in life. For me, that means surrounding myself with friends and family, relaxing with music or watching a good movie every now and then. I also try my best to find my happy place, oftentimes that’s on a field playing soccer or on nature hikes. I balance my passions and hobbies with my work life by incorporating them as part of my schedule.

CAN YOU TALK ABOUT SOME OBSTACLES YOU FACED IN YOUR LIFE? HOW DID YOU OVERCOME THEM? 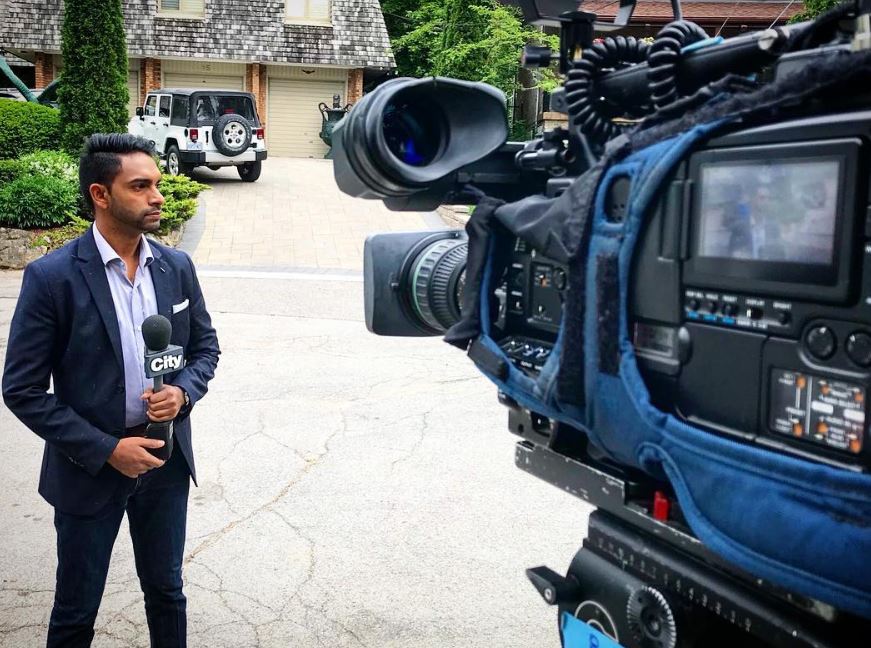 I think the biggest obstacle I’ve faced in life is rejection. In fact, I’ve faced so much rejection that I’ve lost count. My whole life I’ve been told countless times “no” and heard the words “can’t” or “won’t” – I’ve been underestimated and judged about my career choices due to my race, my background and even my age but at the end of the day, none of it mattered. Some people never thought I could ever be on TV or have a successful career in journalism, but they thought wrong. This is a testament to my strong belief in my talent which has always translated through my work. Over the years, I’ve learned to stop caring about what people think. I overcame my obstacles by maintaining a positive mindset, being myself and staying humble.

WHO ARE YOUR HEROES AND WHY?

My parents. They didn’t have a lot when they got married and started to make a life here in Canada. I came into the picture and things became a little more challenging. I had a simple childhood, we weren’t well off and I remember some of the struggles they had to go through to provide for myself and my little brother.

Fortunately, we were able to turn things around but that didn’t come without a lot of sacrifices. Parents always put their children first, doing everything they can to make sure their kids can have an even better life. In my case, they supported my dreams of working in television and switching career paths altogether. They did as much as they could so that I could have a future they could only dream of. The success I have today and the success I’ll have tomorrow is all thanks to them – I’m forever grateful for everything they’ve done.

To be a leader is to be selfless. It’s about caring for others and taking the time to better understand people. That means treating them with respect, compassion and making sure they are seen and heard. I always acknowledge the work others do and I treat people the way I would like to be treated. More importantly, I always try to lead by example by carrying out good deeds – I make it my goal to do something good every day, whether it’s to hold the door for someone, help give directions or help someone who’s struggling. You’d be surprised how much of an impact a small or simple action can have. 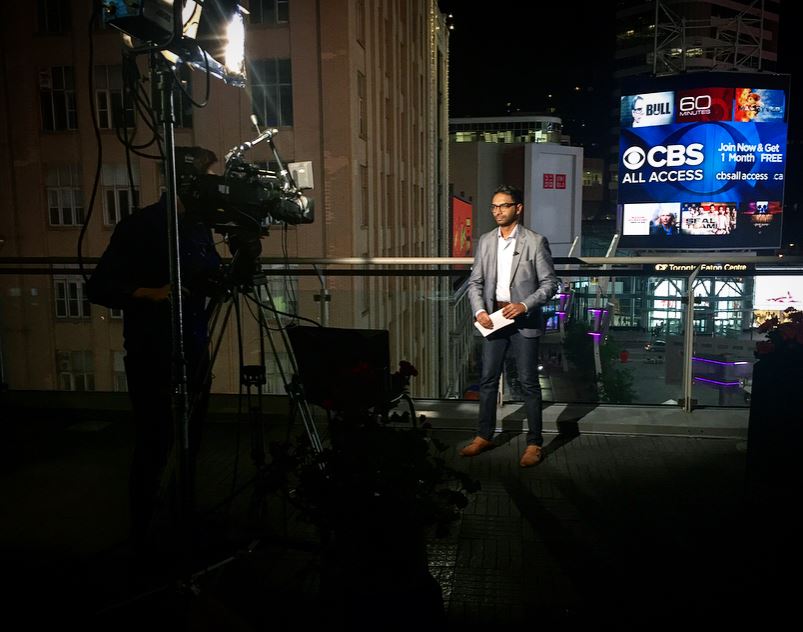 WHAT ADVICE WOULD YOU GIVE SOMEONE WHO WANTS TO FOLLOW THE SAME PATH AS YOU?

Be as versatile as possible. Bring as many skills and talents to the table and make sure you have a few “x-factors. You also need to have tough skin. Know that you will face rejection—lots and lots of it. But it’s all a part of the path to success. You won’t achieve your goal overnight, but if you work hard enough, persevere and believe in yourself, it will happen. Most importantly, you need to set your sights on your own finish line – don’t worry about what others are doing or the success they’re achieving. Your only competition is yourself.

They say you die twice. The first time is when you stop breathing and the second time, a bit later on, when somebody says your name for the last time. My ultimate goal is to have my name said for as long as possible and for all the right reasons. I want to have a positive impact on people’s lives and help make a difference, whether it’s big or small. My goal is to keep pushing myself so I can lead by example and help encourage others (particularly those who are visible minorities) to use their talents and pursue their passion, despite all the challenges and barriers they may encounter.