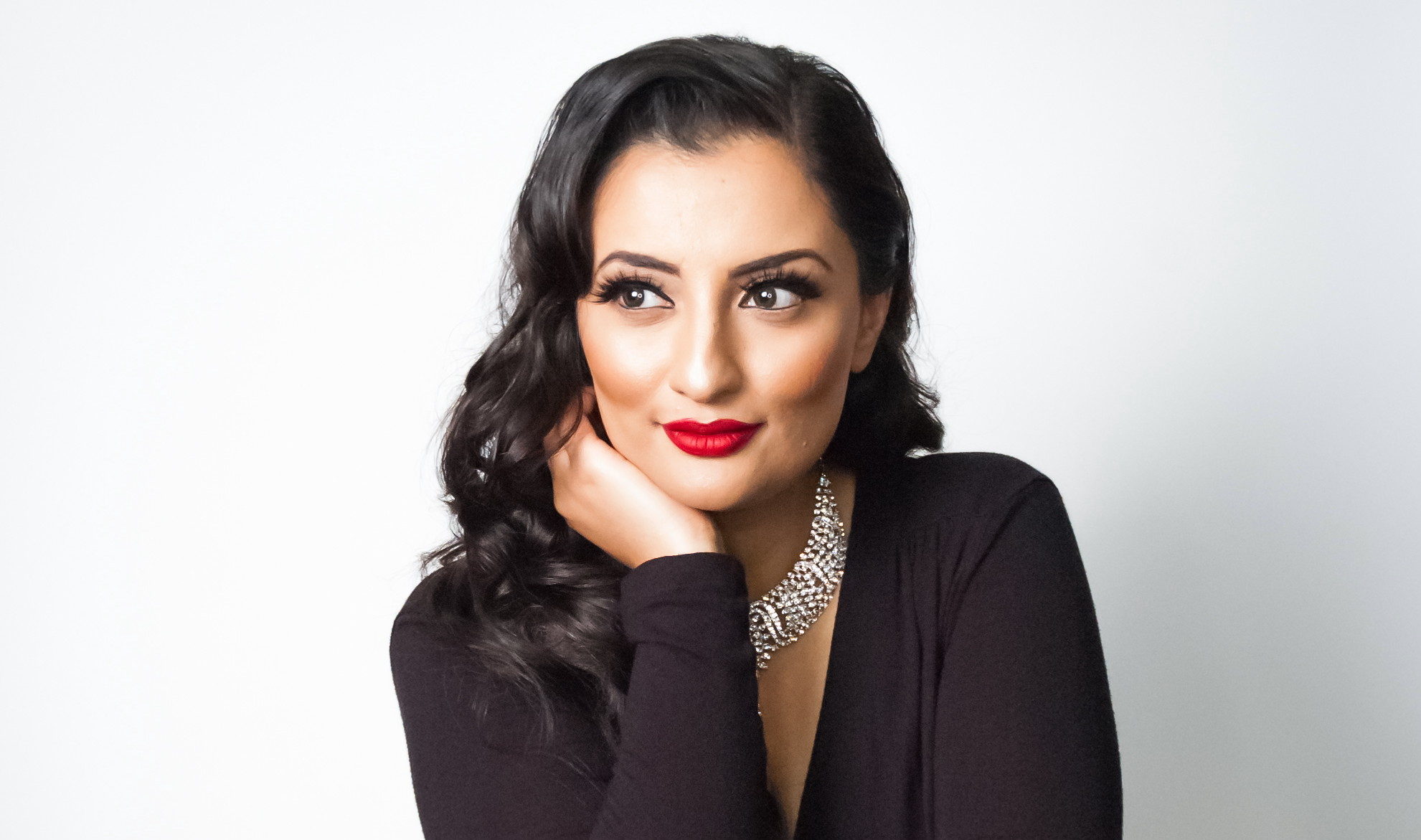 The concept of serendipity, as debatable as it is, sometimes can leave the biggest of skeptics wondering. Amin Dhillon’s story is proof positive of that.

Join me as I take you through her journey! 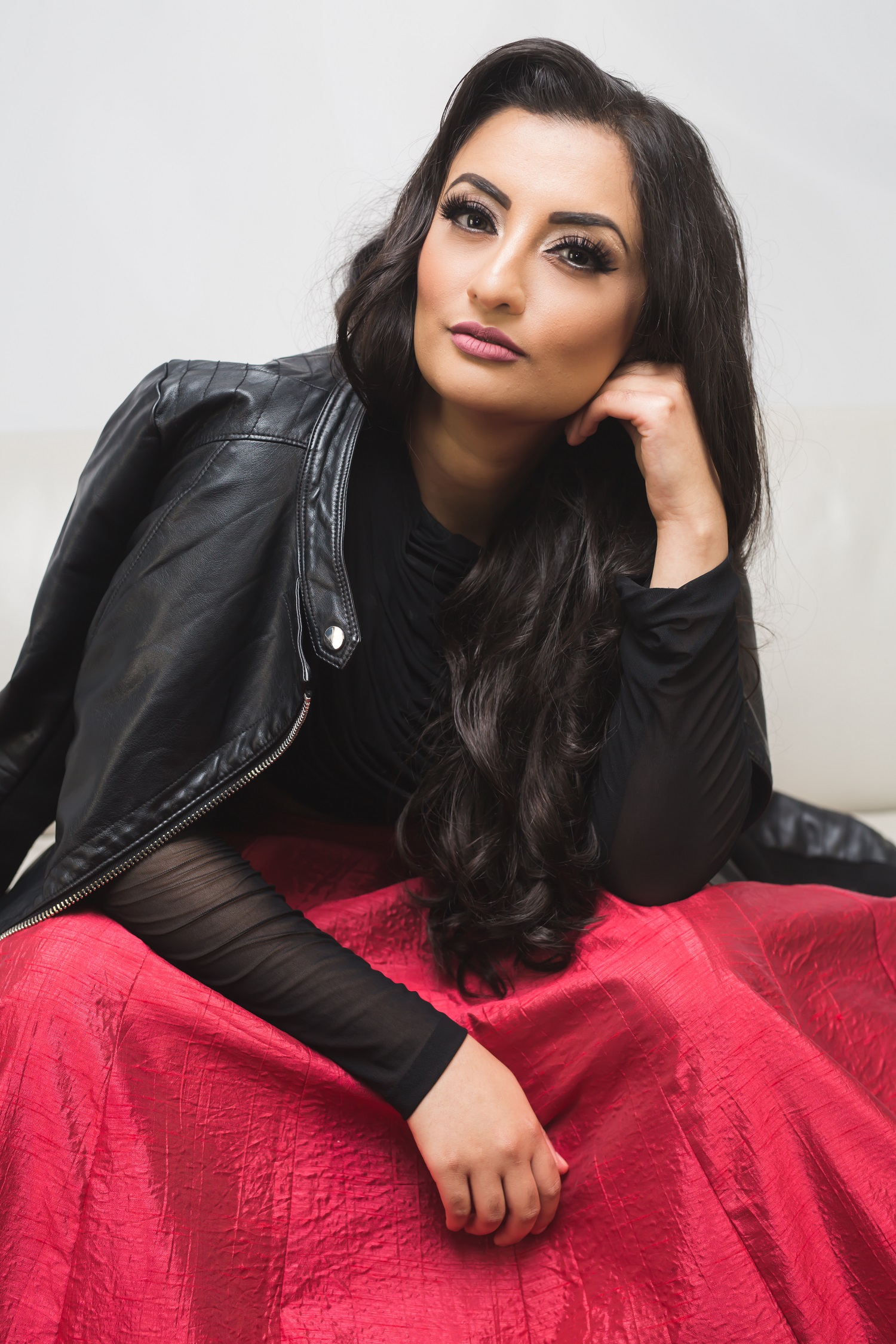 When asked, Amin commonly refers to her career as a “happy accident”. Growing up in Winnipeg, Manitoba, her life was far from the glitz and glam of the entertainment world. As was the case for many of us, she grew up thinking she was going to become a leader in the corporate world. As luck would have it, she ended up landing a fantastic gig as a Youth Marketing Manager right out of University. As much as it seemed that she was on a certain path, fate had other plans.

During her first year in the corporate world, she made a trip to India that would change the direction of her life. Interestingly, the organization holding the Miss India pageant was holding auditions near where she was staying. Intrigued by the excitement for the pageant and recognizing that it could potentially open doors to new opportunities, she decided to give it a try. What most people don’t realize is that walking down a ramp with a large group of people watching (and judging) your every move on stage helps you build a strong foundation of confidence (which I still apply today). Unfortunately, Amin did not qualify for Miss India because she wasn’t an Indian national, but the experience opened doors for more pageant opportunities.

The training paid off because Amin won the title of Miss India Worldwide Canada and found herself in South Africa representing Canada at the international Miss India Worldwide pageant.  The pageant really opened up doors to the media world for her.  “I was suddenly being interviewed by numerous media outlets and just fell in love with the media world. I was in awe of the TV  sets and crews, especially those working in live TV!  By then, I  knew I wanted to be a part of this world.”

THE TRANSITION TO MEDIA

Following this, she landed some guest hosting gigs which reinforced that she wanted to pursue this professionally. To get the ball rolling, she moved to Toronto – without a job, professional network or friends. After a few months, she secured a job as a TV host for one of Canada’s largest South Asian networks. While relatively green in the space, she knew her drive and work ethic would take her far. Since then, she landed some big interviews and exclusives with some of the biggest Bollywood stars including Priyanka Chopra, Salman Khan, and Abhishek and Aishwarya Rai Bachchan.

IN CONVERSATION WITH AMIN DHILLON

When she looks back, Amin realizes that she was born to work in media – it’s truly her calling. It’s that love of meeting new people and sharing their stories that have led her to launch her own digital series and podcast “In Conversation with Amin Dhillon” – a raw and candid interview with movers-and-shakers to chat about life, love, business, and being a total BOSS.

With a strong desire to give a platform to underrepresented communities, the show has a strong focus on diversity and inclusion. “We live in a time we have the opportunity to pursue your dreams. We are seeing more and more representation in media, business, entertainment, and politics – my hope is to be the kind of host that makes viewers and listeners feel good about themselves and motivated to dream big and keep moving forward. It’s an honour to have this position to share stories that matter and inspire hope.”

And now begins the fun part – asking Ms. Dhillon some interesting questions.  Let’s take a look, shall we?

WHAT FUTURE PROJECTS DO YOU HAVE IN STORE?

Season 1 of my podcast is currently out – I’m so proud of how it has turned out. From the activists to entrepreneurs to some of your favorite Bollywood stars, this season’s guest lineup is quite diverse and each guest has really opened up about their journey. There’s been laughter, lessons taught, some tears, and a whole lot of inspiration. I’m currently working on Season 2 and can’t wait to share the stories of those movers-and-shakers that are helping make the world a better place.

You can catch all the podcast videos on my YouTube channel www.youtube.com/amindhillon

WHAT DO YOU DO ON YOUR SPARE TIME AND HOW DO YOU BALANCE THINGS WITH YOUR PROFESSIONAL LIFE?

Media is a 24/7 job. I’m always working and because I love with I do, it doesn’t feel like a job. Balance can be hard but I firmly believe that if something is important to you, you will find the time for it. I enjoy spending time with family and friends so when I’m not working you will often find me having a low-key night with them.

CAN YOU TELL US ABOUT SOME OBSTACLES YOU FACED IN YOUR LIFE? HOW DID YOU OVERCOME THEM?

The biggest obstacle for me has been my own insecurities. Moving away from Winnipeg and away from everyone I’ve grown up with was very difficult for me. I really struggled with loneliness and guilt. I was all alone in an unfamiliar city with no idea what the future had in store. I even found myself starting to question things. What if I was making a big mistake? What if all the sacrifices didn’t pay off?

It also really saddened me when I felt like I was missing out on all the important things happening back home. That loneliness, along with my insecurities meant I kept allowing my own fears to control my actions and it took a long time for me to learn that I had to believe in myself even when it felt like no one else did.

When I started really believing in myself and in my abilities, opportunities just presenting themselves. I just knew in my heart that no matter what happened, I would land on my own 2 feet and things would work out.

WHO ARE YOUR HEROES AND WHY?

My mom. When I start to feel sorry for myself that I live away from my family and friends or that things aren’t going the way I want, I remind myself that none of that compares to what my mom went through. My mom wasn’t given any opportunities to pursue education. She was a village girl that left all she had ever known to move across the world to be with a man she barely knew. Imagine that. In a world before Google and smartphones, my mom had no idea what was in store for her in Canada and had no way to stay connected with her life back in India. How lonely it must have been for her. And then to lose my father at a young age. My mom became a widow in her 30s and suddenly found herself alone in Canada with no family support and a 3-year-old me. Knowing I don’t have to struggle to provide the basic necessities for myself, I’ll forever be grateful that my parents came to Canada and gave me this life. I always remind myself that my mother sacrificed so I could live the life she could only dream of.

I eventually see myself producing documentaries and films to share stories that matter and inspire.

Confidence and the willingness to listen and learn from others. Being a leader doesn’t mean you have all the answers or know the best way. Be willing to hear different views and create an open collaborative environment where new ideas are accepted.

WHAT ADVICE WOULD YOU GIVE SOMEONE WHO WANTS TO FOLLOW THE SAME PATH AS YOU? 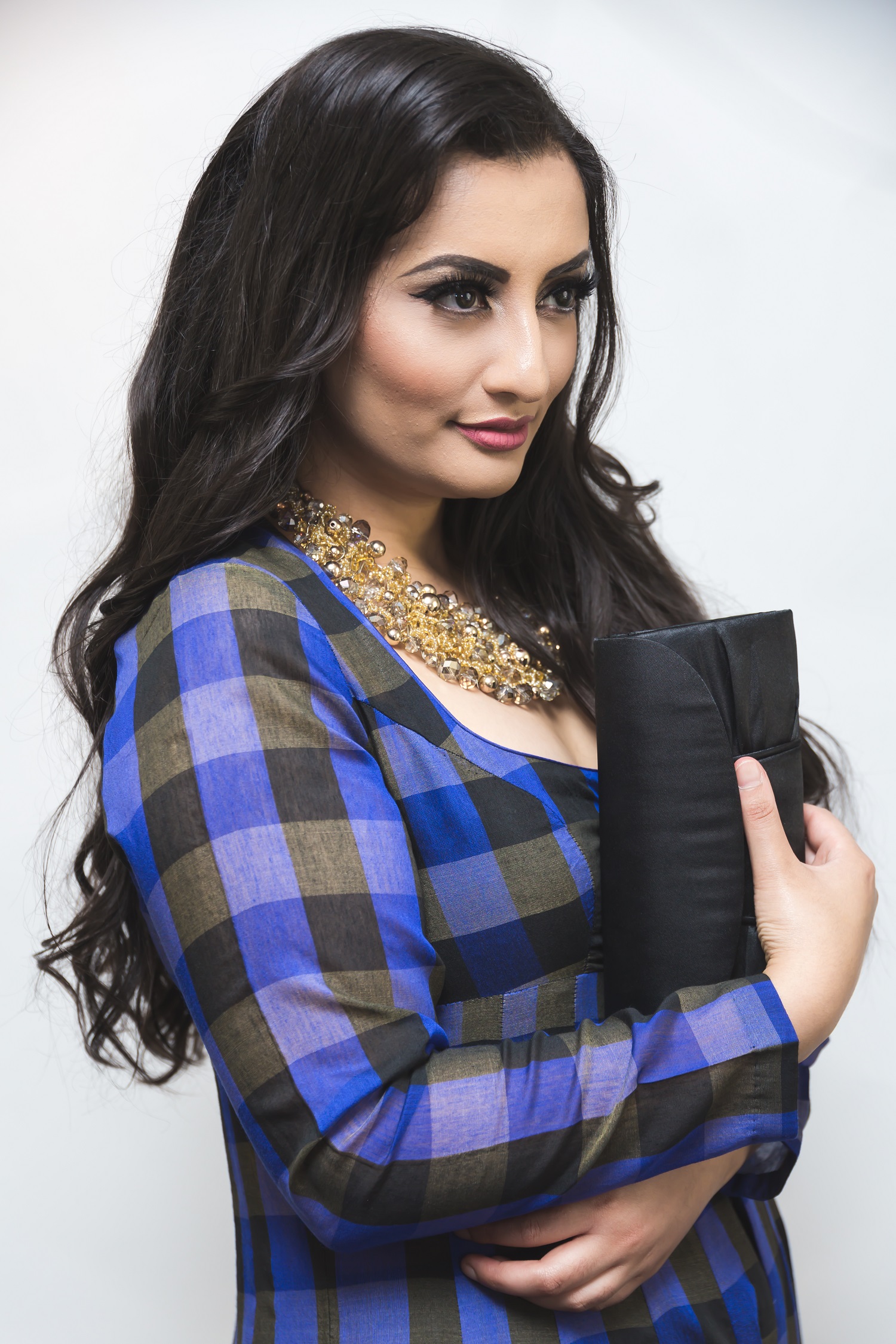 First of all, media is a huge industry with different roles. Try out as many different positions to get a feel for what you enjoy. I highly recommend for anyone new to the industry to volunteer or intern. When I was an intern at Rogers community TV, I got to learn and try out so many different roles. It allowed me to understand how each role works with others to produce the final piece of content and that has helped me put together episodes better. These days, you can even use your camera phone to go out and shoot content. Upload your content to social media, YouTube, LinkedIn and just share it!

Whatever your career aspirations, always remember that your mindset determines your success. Instead of thinking of all the reasons why something won’t work out, think of all the reasons it WILL work out. Tell yourself “why not me?” There are people out there that are less qualified and talented than you that are doing the things you wish you could do. The only difference between you and them is they went after it and didn’t let anything stop them.

Too often we are our own worst enemy and self-sabotage ourselves because we are afraid of failure. There’s no such thing as failure. If it didn’t work out the way you wanted, it’s because that’s what was meant to happen. You have to keep trying and find another way to get to your goal. The goal doesn’t have to change, just the path you take to get there. Each time the path doesn’t lead you to the end goal, it’s a lesson and takes the time to understand it because it serves a purpose. Each lesson is leading you towards the right path and you will eventually get to your goal. Have patience and faith in yourself.