Home Community DONOVAN FERNANDES: THE STORY OF FINDING “ME” 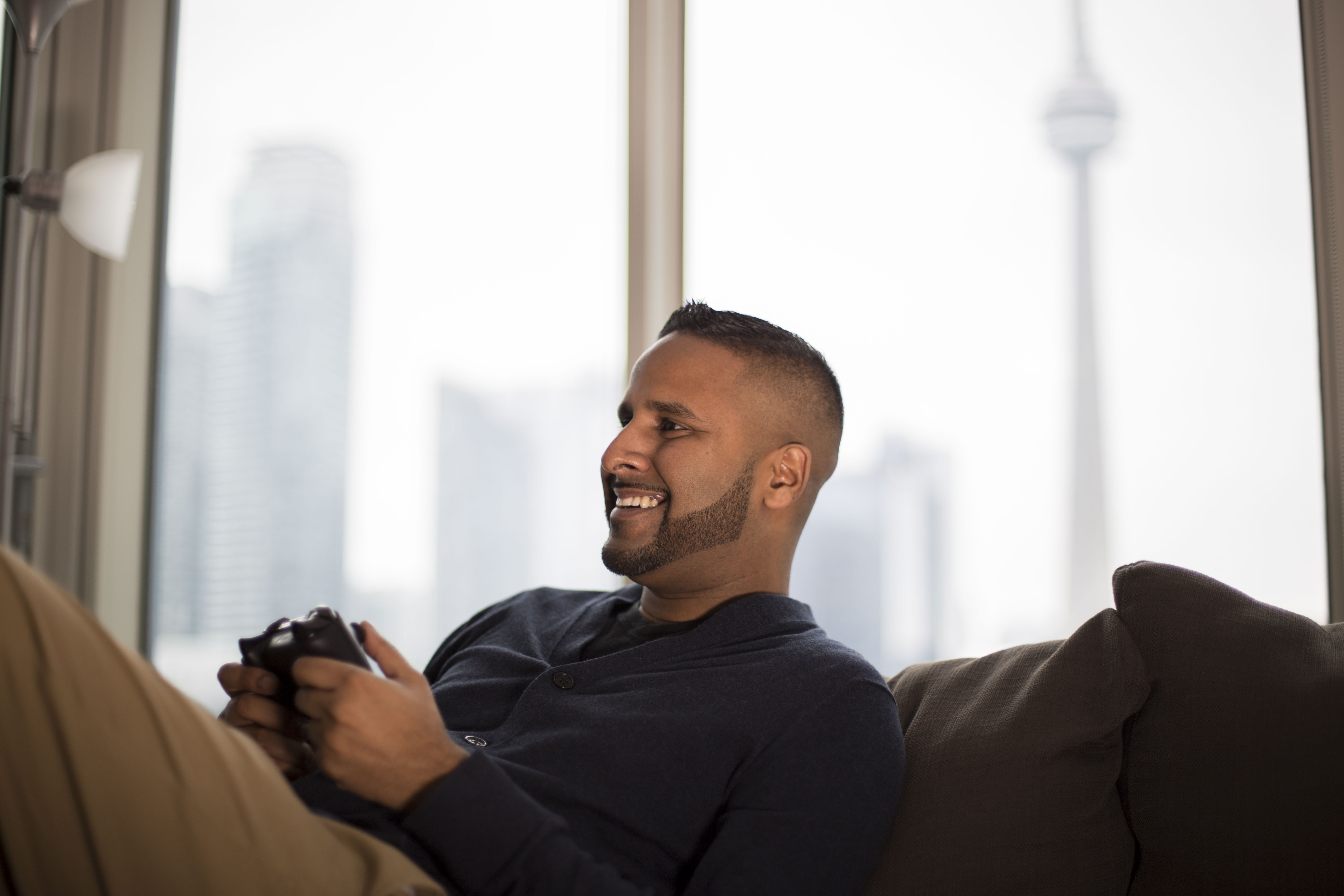 When it comes down to it, I guess you can say there are distinct sides to me: the husband the teacher and, of course, the performer!

THE EARLY YEARS | TRYING TO FIGURE IT ALL OUT

Growing up, I was always trying to find my place. When I was younger I had a star athlete of a brother who would always come home with trophies and medals which showcased his physical gifts. I, on the other hand, would come back with a speech award – somehow, it didn’t seem as glamorous. As the years progressed, I continued to struggle with finding my strengths. What I did know, with certainty at that, is that it was very important for me to do so. And while my interests were varied (should I talk about my obsession with professional wrestling), what seemed to grow year after year was my love for public speaking – I just hadn’t realized it yet.

STUMBLING INTO THE EMCEE LIFE | THE UNIVERSITY DAYS

While at York University, I found myself becoming a part of the South Asian Alliance (SAA). My key responsibility was primarily to promote and emcee for events. At that time, I really didn’t know much about Indian music, even the popular sub-genres such as Bollywood and Bhangra.
This is where being a fast learner paid off.

Following this phase, I then got ‘drafted’ into the urban scene and somewhat of a permanent fixture in the nightlife space. In fact, this exposure allowed me to work with some of the biggest hip-hop DJs in the country. Within a few years, I shifted gears to become an emcee. Looking back, I realize that it wasn’t my niche – admittedly, I’m more of a top 40 guy!

One day, an acquaintance asked me to host their wedding as their initial emcee backed out. At that time, I had no experience of being a wedding emcee. Despite this, I “killed it” (in a good way, of course).

In the months that followed, I was getting phone calls to emcee more weddings – in sum, things just took off. It was then that my brother then suggested that I should consider making this a legitimate business. After all, I was also creating packages that included DJs, AV, etc. so it seemed to be a logical expansion. 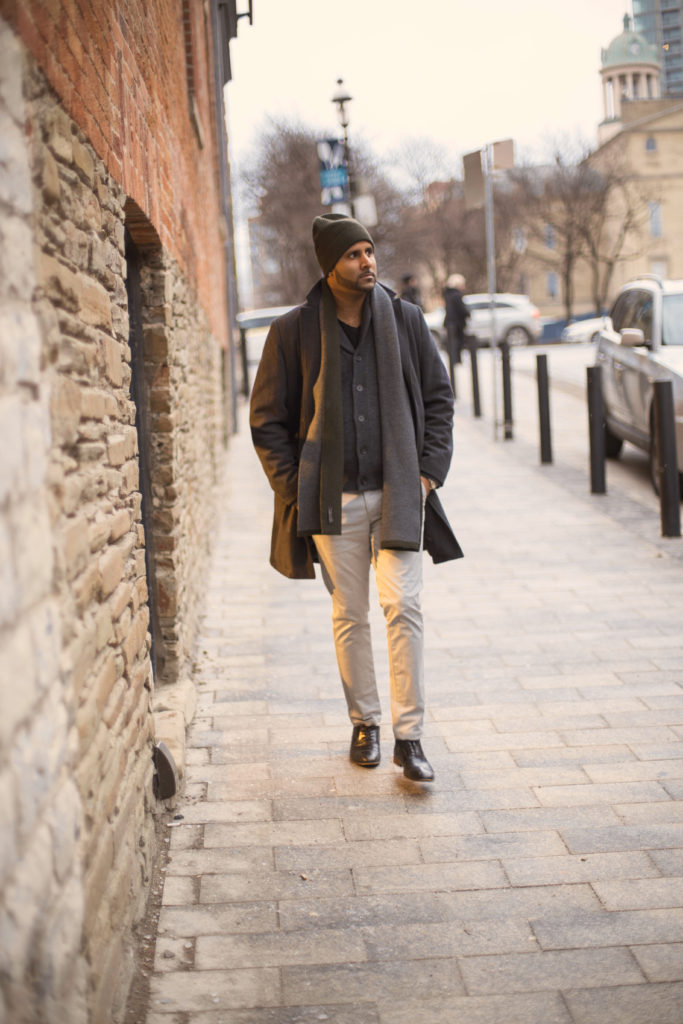 I AM ALL TALK | HOW IT ALL CAME TOGETHER

Finally, my popularity skyrocketed (okay, maybe that was a slight exaggeration). I put a strong focus on marketing and building my personal brand. I started to do gigs all over North America.
Random anecdote: One time I was in Los Angeles and an auntie asked me to dance with her, I responded: “ I don’t dance, all I do is talk.” Today, I have own company,I launched my own brand of wedding emcees under the “I Am All Talk” brand.

Alright, now that we have the high-level biography out of the way, let’s hear it from the man himself.

WHAT PROJECTS DO YOU HAVE UNDERWAY?

My focus today is to work with up-and-coming emcees within Canada, the United States (I hope to expand in the future). I will also be launching a podcast with one of the original and most popular emcees, Peter Miller. He’s ‘the guy!”.

On top of that, I will also be launching programs by transforming people into becoming emcees. My ultimate goal is to elevate the “I Am All Talk” brand – is global domination too much to ask?

WHAT ARE SOME OBSTACLES THAT YOU’VE FACED AND HOW DID YOU OVERCOME THEM?

WHO ARE YOUR MENTORS AND WHY?

My brother is a huge mentor of mine – he has played an influential role in my life. I was always ‘artsy-fartsy’ type and never thought of the business side of things. He was able to strategize and put a plan in place.

I’m inspired by hearing the story of an underdog. As you already know, I’m a wrestling fan, and I’ve been inspired by Daniel Bryan. He always looked in a different direction and even faced the consequences of getting shut down throughout his wrestling career. His whole ‘Yes’ movement was a big inspiration for reaching for the top.

Cody Rhodes is another one also. He reinforced the importance of needing to carve your own path, which is precisely what he did with his wrestling career. He was not popular in WWE, then overcame obstacles as being the main figurehead of AEW (All Elite Wrestling).

WHAT ARE YOUR LONG-TERM GOALS?

From a personal perspective, I want to be a good husband to my beautiful wife Roshnee and always be there for the people that need me.  I also aim to be a great father in the future.

Professionally, I really want to make a mark. When it comes to weddings, I want to raise the bar of professional wedding emcees. I’m proud of my role in creating “International Wedding Emcee Day, which was established to elevate the role of wedding emcees.

WHAT ADVICE WOULD YOU GIVE SOMEONE WHO WANTED TO FOLLOW A SIMILAR PATH AS YOU?

I’ll break this down into three steps: 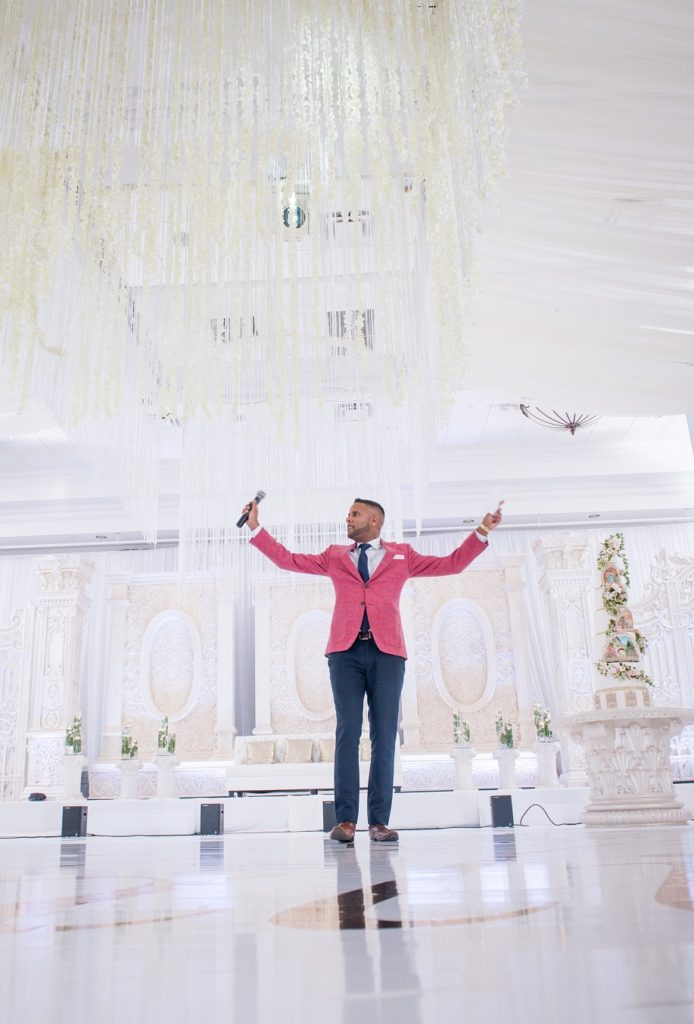 WHAT WOULD PEOPLE BE SURPRISED TO LEARN ABOUT YOU?

That I’m a teacher, and that I’m truly a quiet and shy person at the core. Translation: I’m the guy at the club that likes to watch the crowd from a distance rather than being on the dance floor.

WHAT ADVICE WOULD YOU GIVE YOUR YOUNGER SELF?

Don’t listen to what others say. Just go for it – and be honest with yourself and who you are!

LET’S PLAY A GAME: 3 TRUTHS AND A LIE

I’m just grateful for the opportunity I have been given. With change as the only constant, and I’m embracing all the change and look forward to what’s coming next. I also appreciate the support from SAPNA Toronto. Thank you so much!