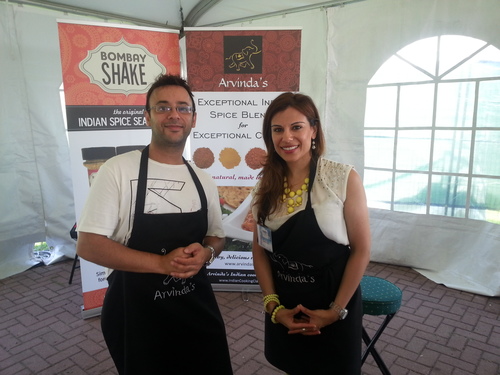 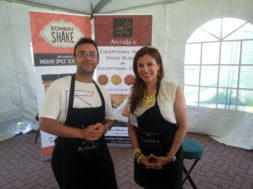 SAPNA Toronto delivers a delicious story about innovators in the food industry.  Meet Preena and Paresh Chauhan; siblings, co-founders, and masterminds behind Arvinda’s Spice Blends and Bombay Shake.  Their background and family history is an inspiring story catered to all the foodies out there. This story stretches back more than 20 years ago with Paresh and Preena’s mother, the original Arvinda.  Their mother is extremely passionate about the art of cooking, and decided to give back and mentor the community with a series of cooking classes which developed significant popularity. The Chauhan siblings continue this legacy since they possess the same passion as her mother.

Back in the day, Arvinda used to give away curry masala to students in the cooking classes she conducted. As her masalas gained popularity, the public suggested bringing it to the market.  In result, the siblings decided to revolutionize their family tradition.  While Preena started to do her masters in environmental studies, they managed to recieve a grant and start the Arvinda’s Spice Blends brand.  Popularity started to multiply, and the family were approached by various celebrity chefs who used their products in fine cuisines. The Chauhan family reside in Oakville, Ontario and deliver the art of cooking by influencing all cultural groups, not only South Asians.  The mission of their products is to provide quality products while inspiring families to cook at home.  Another added bonus to their venture is the authenticity built with healthy components.  In a nutshell, the products demonstrate significant value combined with awareness of work and life balance to cook at home.  Their array of unique spices and masalas are made from all natural ingredients to ensure the entrée’s end result is top notch.  Their masalas are gluten, preservative, and oil free which consist of: The ideas have taken longer strides from traditional masalas.  The Chauhans recently launched a product called Bombay Shake which is a playful take on Indian spices and aromas.  Bombay Shake transforms your everyday foods by providing a flare of Indian flavours.  Their line of concoctions can be used on various foods such as tacos, burritos, pizza, or anything else one desires.

The creation of Arvinda Spice Blends and Bombay Shake is a leap in mainstreaming Indian cooking even further. The next step is expansion for the Chauhans as they previously launched in the UK while experimenting outside of the traditional Indian spices.  They identified that spice lines are becoming more sophisticated; hence the Chauhans will be there to contribute their unique ideas.

To find out more about these fantastic creations, look up Arvinda Spice Blends and Bombay Shake online.  Keep in mind that the curry masala makes a mean channa masala! 🙂